Karl Van Welden is an artist whose work is centered upon his cycle United Planets. Using the planets in our solar system as anchor points he questions the relationship between small humankind and the universe. So far he has created a diverse, but consistent body of artwork and performance art. This exhibition gives an insight in the work that surrounds the MARS-series, such as A Fall. In this installation/performance he stages a disaster scenario for a single object. A self-made vinyl record is turning on a turntable in a closed room. A rain of ash slowly descends. The whole scene gradually turns dark grey, until the music and movement come to a halt. What remains is a fragile, purposeless object in a monochrome landscape. The exhibition 'The Volcano Notes' is also the occasion to release his double vinyl MARS II, music for automated piano, pianist Frederik Croene and ash. At the same time Timo van Luijk & Frederik Croene present their new album 'Fortune de Mer'.

*LP releases:
KARL VAN WELDEN /w Frederik Croene - MARS II (Metaphon 2LP - Metaphon 007)
'MARS II, the vinyl' contains the music composed for MARS II, the performance. In MARS II Karl Van Welden explores the impact of volcanic ash on the performance of pianist Frederik Croene and the sound he produces, playing on an automated piano. MARS II examines a moment of catastrophe and the pianist’s reactions to drastic changes in his environment. At the outset, volcanic ash particles fall gently and harmlessly. After a while, the amount of dark volcanic ash raining down on the musician and his instrument increases exponentially, slowly but surely transforming the sound and the image. An exploration of the contrasting effects between a moment of bliss, the strike of disaster, and its aftermath.
'MARS II, the vinyl' is an edition of 300 copies, numbered and signed. The first 10 are accompanied by The Volcano Prints, a limited, numbered and signed series of 3 prints.

Timo van Luijk & Frederik Croene - Fortune de Mer (La Scie Dorée LP - Scie 1818)
It has been 10 years since Timo Van Luijk and Frederik Croene released their first album 'Voile au Vent'. They kept working together occasionally until they embarked upon 'Fortune de Mer', a sequel that crystallizes the core of their language into sparse instrumentation and dramatic plot points. Scott Foust about 'Voile au Vent’: 'Voile Au Vent is just an excellent release. It is a very hard to pigeonhole and how often does one say that these days? Piano, keyboards, sax guitar, bass, flute, some percussion and rhythm box, and who knows what else. Each of the four tracks has its own sound and direction. The pieces sometimes have a David Jackman-style portentousness to them, especially on side one. I mean that as a high compliment. The sound is an odd cross between the early 80s UK cassette underground and the spacier moments of 70s ECM records. I had better have another drink and play it again. Beautiful sleeve and design.'

Available at La Scie Dorée. Is a private record label founded by Timo van Luijk in 2002 for the publishing of his solo work as Af Ursin and for collaboration projects. All works are published as vinyl only editions.

Organized by Kunstencentrum Vooruit and Gouvernement. 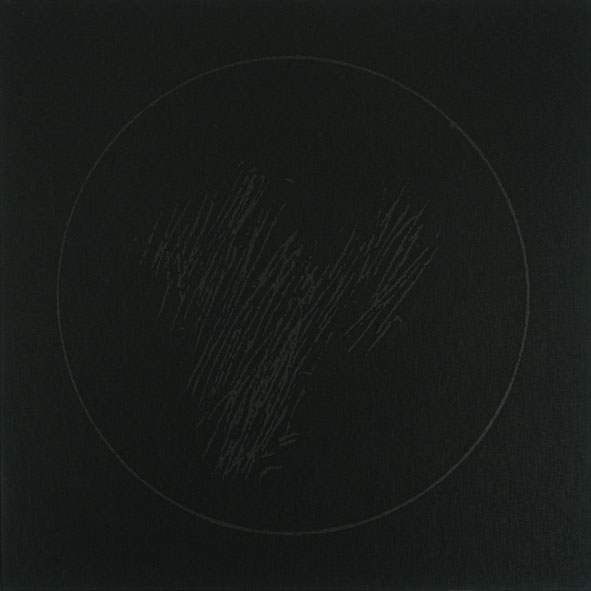